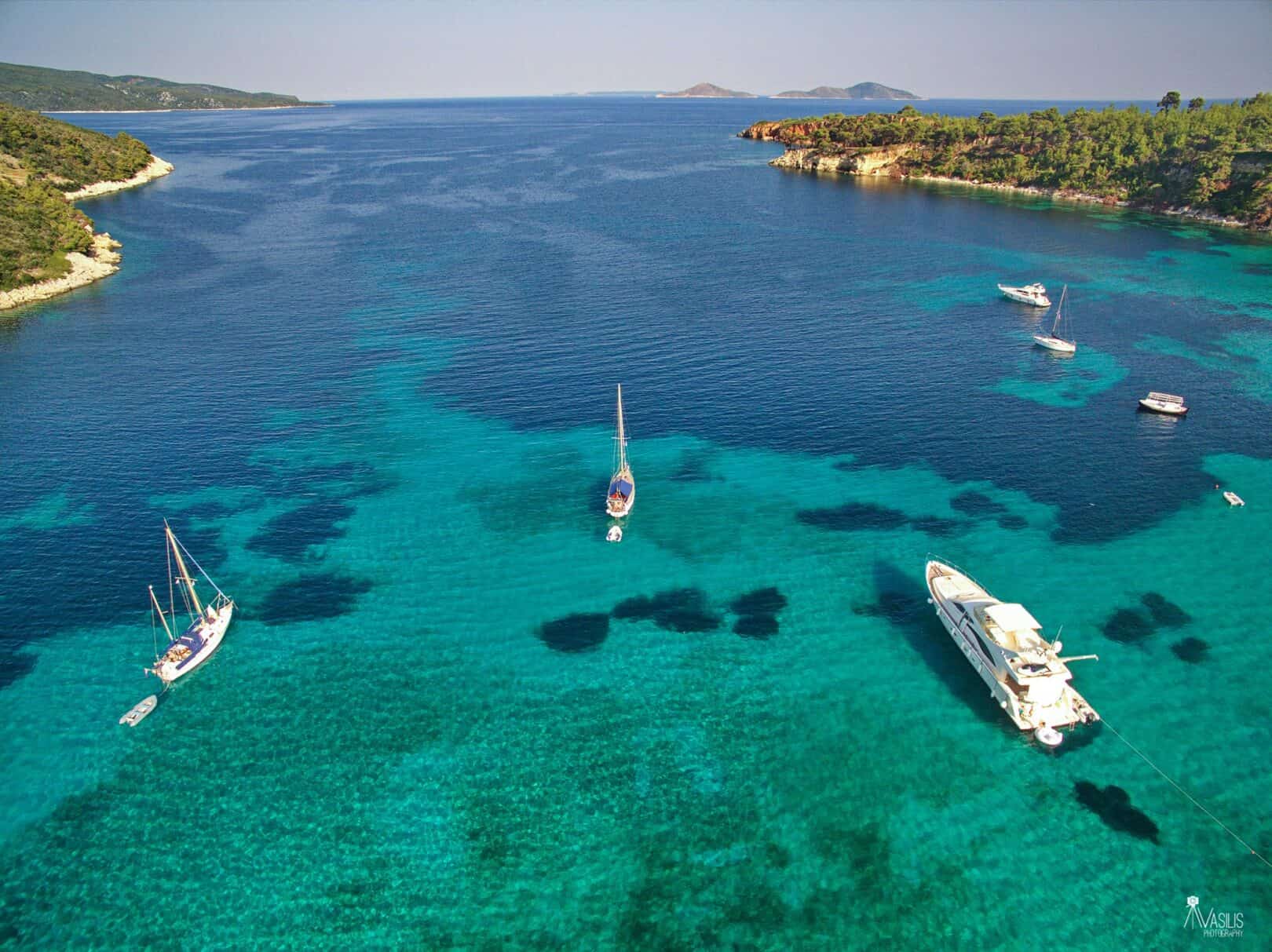 Alonissos is a beautiful island located in the eastern part of the islands of the Northern Sporades, the most remote, in the middle of the Aegean Sea. Its natural wealth offers beautiful beaches and is a refuge for rare birds and especially the Mediterranean seal Monachus Monachus.

The length of the island is 4.5 km from Northwest to Southeast and 20 km from Southwest to Northeast.

The island is part of the Alonissos National Marine Park (NMPAMS), which is the first park established in Greece.

In August 2020, Alonissos inaugurated the first Underwater Museum in Greece. The shipwreck is one of the oldest in the world which was discovered in 1985 by a professional fisherman on the west side of the island of Peristera east of Alonissos. According to the research of the Ephorate of Marine Antiquities, it is a large merchant ship, probably Athenian, which sank around 425 BC, with a cargo of about 3,500 wine amphorae. The Underwater Museum of Alonissos is the first underwater archeological site in Greece, which becomes accessible to the public.